January 30th: From Coney Island Baby to a Mass Grave on Hart Island - The Mysterious life of Rachel 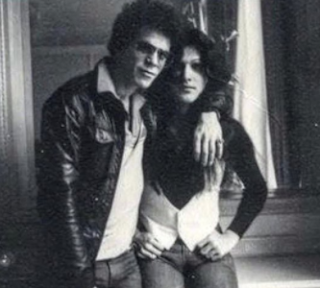 on January 30, 1990, a woman known only as Rachel died at Saint Clare’s Hospital, Hell’s Kitchen, Manhattan. Although Saint Clare’s specialized in treating AIDS patients Rachel's cause of death is not known.

Rachel's body was placed in a wooden box and taken on a ferry off the coast of the Bronx to Hart Island where New York City buries its unclaimed dead by the hundreds in mass graves dug by Riker's Island prison inmates. Ceremonies are not held, and no grave stones are set, only numbered markers.

Hart island's was first used as a training ground for the United States Colored Troops in 1864 and has since been the site of a Union Civil War prison camp, a psychiatric institution, a tuberculosis sanatorium, a homeless shelter, a boys' reformatory, a jail, a cold war defense missile silo,  a drug rehabilitation center, and now a potter's field where over one million unclaimed bodies are interred.

In 2013 Department of Correction began making the Hart Island burial records public, and it was discovered that Hart Island was the final resting place of a man named Richard Humphrys. Little was known of Humphrys, but the world knew of Rachel, Velvet Underground singer Lou Reed's live in girlfriend who was famous for being the inspiration behind Reed's 1976 album Coney Island Baby, and her wish to remain anonymous.

Rachel and Reed lived together for four years in the 1970s, after having met in 1974 at Club 82 in the East Village. Rachel was living as a transgendered woman, although Reed frequently referred to her as his 'boyfriend.' Rachel took hormone treatments but wanted a full sex change which caused problems between the two. When they broke up Rachel disappeared from the public and her life after Reed was a mystery until a New  York Times examination uncovered  her name in the Hart Island burial records.
Posted by johnking at 12:00 AM