July 1: All Day I Dream About Shoes That Aren't Associated With Nazis

On July 1st, 1924, siblings Adolf and Rudolph Dassler opened the Dassler Brothers Shoe Factory (Gebrüder Dassler Schuhfabrik) in Herzogenaurach, Germany. Adolf, known as Adi, began designing training shoes in his mother's washroom after serving in WWI. His father was a shoe cobbler and supported his son's efforts, his brother Rudolph soon joined and the Dassler Brothers Shoe Factory was created. Adi made history in 1936 at the Summer Olympics in Berlin by sponsoring American Athlete Jesse Owens, making it the first ever sports sponsorship for a male African American athlete.

In 1945 Rudolf was captured by American troops for being a suspected member of the SS, reportedly on information supplied by Adi. In 1948 with tensions between the brothers coming to a boil, Rudolph left the company and started a competing shoe company across town called Puma. Adi renamed the Dassler Brothers Shoe Factory 'Adidas' putting together the first few letters of his first and last name (ADI+DAS-sler).

Born on this Day:
1945 – Debbie Harry, American singer and frontman for the band Blondie. Known as a punk and New Wave band, Blondie also has the distinction of being the first group to hit no.1 on the U.S. charts with a rap song. 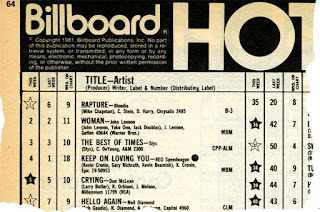