December 30th: Perfection Is Perfected With The Perfecto 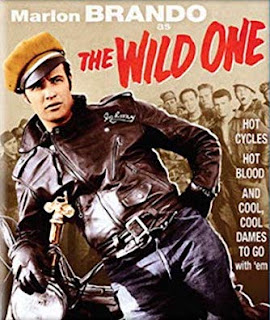 On December 30th, 1953, the now classic film, The Wild One, hit the movie screens and actor Marlon Brando introduced the world to the Outlaw Biker genre and also to the Perfecto Jacket.
Now firmly cemented into the fabric of Western culture, for many Americans this was the first view of the classic biker look, including the black leather jacket that gained popularity in the 1970s punk scene.

But the jacket, called Perfecto, has more in common with an 18th century military epauletted Lancer's jacket, and was first produced 25 years before The Wild One by Irving Schott, a Jewish Russian immigrant in New York City, who began fabricating motorcycle clothing in 1913. Schott named the brand Perfecto after his favorite cigar believing that having his Jewish family name on the garment wouldn't help sales.

The all black leather garment was the first jacket to employ a zipper instead of buttons. The 1940s saw the  production of an updated jacket (model number 613) based on the original, made from horsehide and had stars on the epaulettes causing it to gain the nickname 'One Star'. By the time The Wild One was filmed, Schott had once again updated the jacket (to model number 618),  removing the stars, but for the film they added stars to Brando's jacket giving it the classic Perfecto look. Moving to steer-hide in the 1960s, the Perfecto has seen minor changes but is still in production after more than 90 years, and is still associated with both biker and punk culture. 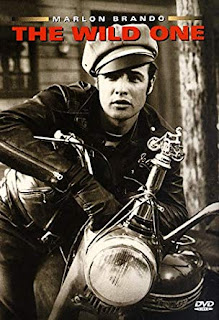