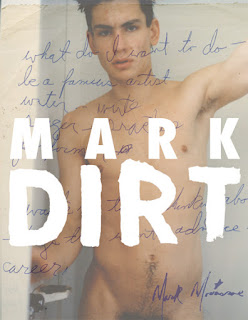 On July 24th, 1989, Mark Morrisroe died at the age of 30 in a hospital in Jersey City due to complications of AIDS.

Morrisroe was born in Malden, Massachusetts in 1959, his mother was a drug addict and a tenant of Albert DeSalvo, also known as "the Boston Strangler", and it was believed that DeSalvo was Morrisroe's father.

At 15 Morrisroe left home and became a prostitute under the name Mark Dirt and began chronicling the queer punk and male hustler scenes in Boston and New York.
At 17 he was shot by a John which left a bullet lodged in his back for the rest of his life.

Morrisroe attended the School of the Museum of Fine Arts, in Boston, where he graduated from the Museum School with honors. His friends included artists Nan Goldin, David Armstrong, and Tabboo!, with whom he founded the drag duo "Clam Twins" at the Pyramid Club in NYC's East Village.

After his death in 1989 his work became highly regarded. His work, which includes over 2,000 photographs, continue to be shown in galleries and museums all over the world.