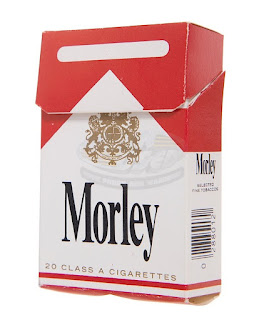 On June 16th, 1960, Alfred Hitchcock's Psycho hit the silver screen. Shot for under $1 million dollars, the film was a box office success bringing in over $50 million in sales.

It is also the debut of Morley Cigarettes, a fictional brand of tobacco cigarettes (and sometimes candy cigarettes) that has remained a popular nonexistent product of film and television.

The brand's first television appearance was on April 5th, 1961, on an episode of Naked City when a pack of Morley's was left at a murder scene.

On December 19th, 1961, in the episode 'Sally Is A Girl' of the Dick Van Dyke Show, Morley Candy Cigarettes makes it's debut when Richie, the TV son of Dick Van Dyke and Mary Tyler Moore, receives a pack of Morley Chocolate Cigarettes.

For over a half century Morley brand cigarettes has remained as a popular fictional brand cigarette appearing in everything from The Twilight Zone, Seinfeld, and even the sitcom Friends.

Morley was the brand of choice for The Smoking Man on The X-Files as well as Spike from Buffy The vampire Slayer.

The fictional brand continues to be the cigarette of choice for Television and film, making appearances on The Walking Dead and the 2015 Robert De Niro film Heist, amongst others. 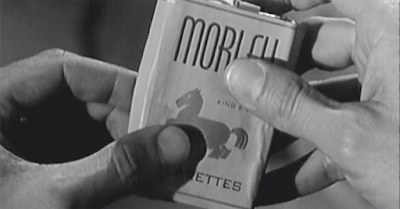