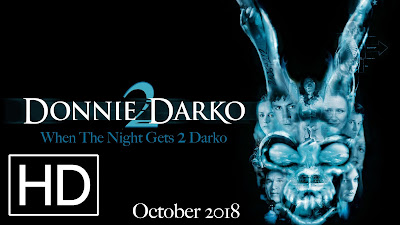 On April 1st, 2018, music news website 37FLOOD leaked a track by hip hop producer MC HIJACK purportedly from the soundtrack of a forthcoming sequel to the cult film Donnie Darko, labeled When The Night Gets Too Darko, grabbing attention from both the music and film world, instantly joining the ranks of popular sequels that don't actually exist such as Good Will Hunting II: Hunting Season, and Ferris Bueller 2: Another Day Off, as well as popular albums that don't exist either such as Dr. Dre's Detox, and Outkast's The Hard Way.


Editor's Note: Every April 1st we spotlight a historical April Fool's joke. Past April 1st stories include a Wikipedia article about Gen. George Washington's instant coffee invention, and an illusionist's discovery of the corpse of a fairy in England.
Posted by johnking at 12:00 AM