December 8: When it comes to sexy, look no further than the toilet 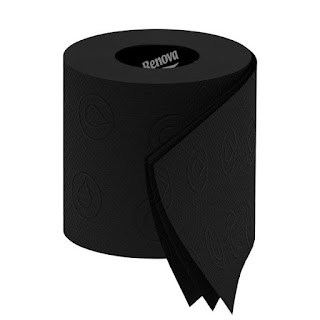 On December 8th, 1857, in New York City, Joseph Gayetty introduced the first commercially marketed toilet paper. Each Manila hemp sheet was watermarked with his name and contained an aloe lubricant. Members of the public could purchase 1,000 sheets for one dollar at his shop at 41 Ann Street, in New York (in 2017 the average price for 1,000 sheets of Quilted Northern was just about $3).
Some called him a hack,  but his product was a top seller for several decades until the invention of splinter-free toilet paper by the Northern Tissue Company  in 1935.

Toilet paper had been around for at least 1,500 years, invented by the Chinese circa 589 AD.
By the early 14th century, it was recorded that in modern-day Zhejiang province alone there was an annual manufacturing of toilet paper amounting in ten million packages of 1,000 to 10,000 sheets of toilet paper each, and were even individually perfumed.

In 2005, Renova, a Portuguese paper company founded in 1818, introduced the first ever black toilet paper to world wide success, opening the door to a new market of 'sex appeal toilet paper'; Renova now carries a wide variety of colored toilet paper and is known as “the sexiest toilet paper on earth.”