July 10: From Feces to Fortune - The birth of Cat Litter 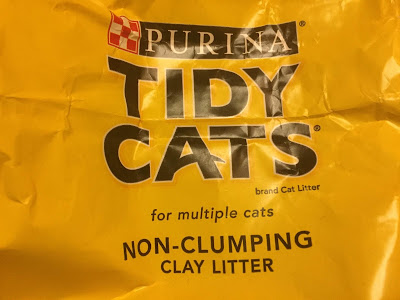 In 1947, while living in Cassopolis, Michigan, Lowe's neighbor asked him for some sand to use in her cat's litter box. Lowe gave her some clay called Fuller's Earth (capable of absorbing their weight in water) and to her delight it worked better than sand.
That same year Lowe began packaging it in 5 lb bags and called it "Kitty Litter." At first he gave it away to local pet stores until demand set in, afterwards it sold for 69 cents.
He founded Tidy Cat cat box filler in 1964, and by the time of his death,  in 1995, his company was worth half a billion dollars.