October 21: Pimping Ain't Easy.. But Publishing Is (and The Harshest Critic Is The One You Create)

On October 21st, 1975, Donald Goines and his wife, Shirley Sailor, were found dead in their Detroit Apartment with multiple gunshots to the head and chest.

Goines was born in Detroit in 1936 to a middle class black family. His mother claimed to be a descendant of Confederate President Jefferson Davis. At 15 Goines lied about his age in order to join the Air Force to fight in the Korean war.

Goines was honorably discharged but returned home with a severe heroin addiction. To support his habit he turned to a life of crime, trying his hand at theft and pimping. Proving not a good career choice Goines decided to began writing while serving a sentence in Michigan's Jackson Penitentiary. Initially he thought he would write westerns, but was inspired to write Urban Fiction after reading famed Pimp Iceberg Slim's autobiography 'Pimp: The Story of My Life.'

At fiction Goines was a natural, writing and publishing an astonishing 16 novels between 1971 and 1975 (including the highly popular Kenyatta series under the pseudonym Al C. Clark) by the time he was murdered. An out of control heroin addiction has been cited for Goines accelerated writing pace; with Goines sister, Joan, pointing out that constantly writing kept him from committing crimes. She also noted that many of the characters in his books were inspired by real people.

The killer (or killers) of Goines and Sailor have never been identified, but it has long believed that the killer must be someone Goines fictionalized in one of his many books, unhappy about his or her portrayal. 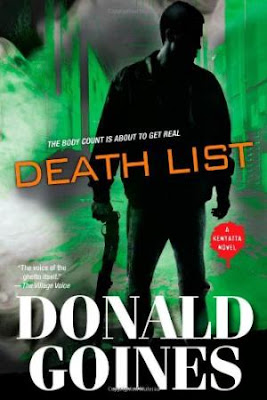